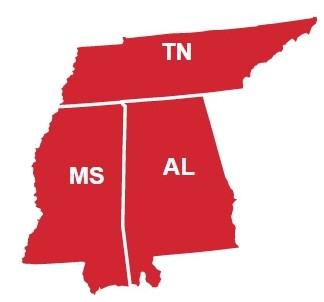 After earning his Bachelors Degree in Engineering Technology from the University of Memphis, Greg began his industry career as co-owner of two successful systems integration companies spanning from 1985 until 1995.  Greg then decided to move to the end user side of the business and joined Memphis Light, Gas & Water where he was in charge of Corporate Security. He was there for 2 years before becoming a manufacturers representative at the end of 2000, also for Pelco.

Brian began in the CCTV & Access Control industry first joining a systems integrator in 1992 where he spent nine years learning the trade from the inside out.  He then spent 12 years as a manufacturers representative for Pelco, one of the premier manufacturers in the surveillance industry.  Brian brings with him a vast knowledge of security and security systems design.

Ann brings with her over 30 years of industry experience on both the representative and manufacturing side of the business.  She's supported the distributors, integrators and end users within our territory for over 15 years and has developed solid relationships and friendships.  She's thought of as a true "go-to" person in the territory.